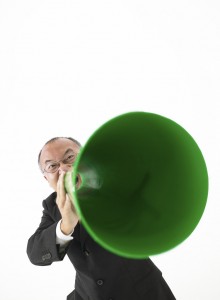 I’m actually referring to the Bersin by Deloitte press release that came out earlier this week that highlighted increased spend in social learning and the shrinking footprint of L&D.

This trend is one sign of the changing role of the L&D function, which no longer is “the place” for learning. Instead, the role of the L&D team is to facilitate and enable learning. L&D teams should build skills in performance consulting, gain expertise in new technologies including social and mobile, and work to cultivate strong learning cultures within their organizations. (Bersin by Deloitte, Press Release January 22, 2013)

For many of us, this is not news – not by a long shot. Thought leaders in this area  have been blogging, tweeting and speaking about this for quite some time now.  (I’ve copied the list of some of the thought leaders that I’d included in my Social Learning in the L&D Trenches   post to the end of this one)

On my end of things, however, while I’ve been advocating and socializing where learning is going inside and outside of my organization (sharing blog posts, studies, tweets, webinars), I think that being able to flip the Bersin at Deloitte press release around helped in a small way make this change appear more  ‘mainstream’.  ( I really do hate using the “official” & “mainstream to describe this. The reality of corporate, at least in my experience,  is that we often need to be able to demonstrate ‘official’ and ‘mainstream’  to get buy in from risk adverse cultures  – – especially if we are going to be asking for budget ) .

So, now that’s it’s” official”, there are no excuses why we as L&D professionals can’t our ‘game on”, even if it’s by starting small (like forwarding the press release around your organization).

If you’re looking for some inspiration on what to do next, make sure you check out the list of thought leaders at the end my blog post, and check in with Jane Hart’s blog post as well on the topic (includes a great diagram of how L&D roles are evolving).