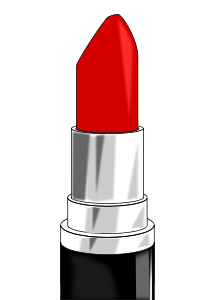 As a learning professional, I can honestly say that I’m not going to miss 2013 from a workplace learning perspective.

2013 seemed to start off without too much fanfare, but it didn’t take long for things to unravel into a year of buzzwords and fads without providing much opportunity to sit back and reflect on whether the direction we were headed was really the best route to take.

By the end of 2013 I felt like my soapbox was in need of desperate repair.  It had suffered from overuse, especially related to the terms mobile, collaboration and gamification in learning. It also experienced quite a bit of use in trying to clarify the terms coaching/mentoring as well.

Why was my soapbox so in demand?  Basically, I kept dragging it out every time I attended a meeting where I was presented with an order from what I started to refer to as ” the buzzword menu” for the  learning in question. Often the menu order made absolutely no sense to the needs of the learner population in question and it often resembled no more than putting lipstick on a pig.

For example, some of the more popular menu items included transferring long eLearning page turners verbatim to mobile format so learners could be bored on-the-go,  creating ‘social learning’ by posting something on Facebook without offering any other learning support, and gamifying courses that resulted in increased complexity and learning confusion.  Occasionally, the buzzword menu included special value combos reminiscent of a fast food chain that would include one or all of the above, which often left the learner feeling heavy and bloated.

Having had some time to reflect and catch up on my reading from some of my favorite  writers and learning leaders,however,  I feel a sense of renewed optimism and energy for 2014. Even though it’s early in the year, I’m already sensing more thoughtfulness coming into play and a bit more understanding of the fact that while new fads and buzzwords in learning can be fun and engage our imaginations, without substance and the right design context for the learner, they can’t stand on their own.  Just like fast-food chain menus, more isn’t always better and poor learning design, regardless of how great the menu of buzzwords, is really just a pig.