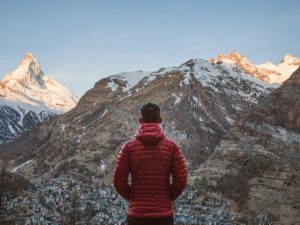 The future of work and reskilling has become an increasingly hot topic of discussion and focus across all industries and sectors.  While this focus is not a new one, what is new however, is the pace at which change, and disruption is happening. Where we could once forecast several years into the future, we’re now struggling with getting our arms around much smaller windows of time with a much more diverse and mobile workforce.

If you have a moment, do a Google search on the ‘future of work’ and then do a quick scan of the results.  What you’ll notice is that in between the ads for quick fixes and services, that there is so much content from some many perspectives, that it’s difficult to know where to start.  You’ll find the learning view, the OD view, the IT and technology view, but very little focused on the perspective of the worker and their needs.  That’s why, when I came across this month’s HBR article Your Workforce is More Adaptable Thank You Think (HBR, May-June 2019), I had to share some of what I learned.

Harvard Business School’s Project on Managing the Future of Work together with Boston Consulting Group’s Henderson Institute, recently released the results of surveys they conducted in 11 countries and of 1000 workers from each. The key findings demonstrate that leaders need to be encouraged to test their assumptions about their workforce because while they are worrying that employees ‘can’t – or just – won’t adapt to the big changes”,  the research shows that “workers are far more willing and able to embrace change than their employers assume”(p.120).

According to HBR, workers were much more focused “on the opportunities and benefits that the future holds for them” in comparison to their leaders, who were feeling considerable anxiety around mobilizing their future workforce (p.120).  From a high level, HBR’s recommendations were for companies to examine the gap between their perceptions and reality and use it as an opportunity to “start thinking of their employees as a reserve of talent and energy that can be tapped by providing smart on-the-job skills training and career development” (p.120).

The article proceeds to describe the 7 key forces shaping the future of work. These forces include the following

Diving deeper into the effects of these forces, HBR found that workers actually have a better awareness of the changes and disruptions impacting them and their companies and on “the opportunities and challenges” of those forces in comparison to the leaders (p. 122). In addition, the survey results found that workers were “more adaptive and optimistic about the future than their leaders recognize” (p.122).  This optimism was attributed to the promise of better wages and more interesting work, however, despite the optimism, workers were also realistic about their need for more support and guidance from their organizations in preparing them than is currently being provided. (p.122).

HBR concludes the article by providing 5 ideas for getting started on addressing the gaps, and I was pleasantly surprised to read the top two; First, don’t just set up training programs – create a learning culture and, second, engage employees in the transition instead of herding them through it (p. 123).

I feel like a virtual mic just dropped….did anyone hear it?