I attended a session on The Neuroscience of Leadership with Deri Latimer  last week at the #CSTD2014 Conference in Toronto. 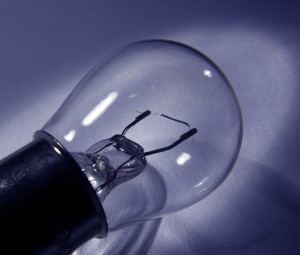 I didn’t really know what to expect from the session when a colleague of mine suggested I attend, but I’m really happy that I did.  Deri’s session was definitely one of the most the positive and energizing sessions that I’ve been to awhile.

It was a welcome surprise to spend an hour or so focused on mindfulness, respect and being positive (very important leadership qualities – wouldn’t you say?).

At one point in the session, she asked us to take a negative experience we were having with someone, either at work or at home, and re-frame or re-tell the story in a positive light. It may seem like a simple exercise, but it was more challenging than you’d think. I found myself sitting there thinking (reflecting) about a negative story I was telling myself  and then trying to re-tell it from a positive perspective.  Key takeaway here from Deri (https://twitter.com/derilatimer)–  we tell ourselves stories all the time, and often negative ones, so if we’re going to tell ourselves a story (about a co-worker, spouse, friend) – why not try to turn it around and re-tell ourselves a positive one instead?

Another takeaway for me was the icebreaker that Deri used in her session (@DeriLatimer, I did warn you that I was going to steal this one).  It was very simple but genius. It really energized the room and started everything off on a positive note.  She asked everyone (it was a large group) to get up and, while the music played, walk up to someone and tell them about something good from your day. It could be that you had a great coffee, attended a great session, had a great commute but the key was that as you went from person to person, you couldn’t use the same good thing twice. After about 5 minutes we were all smiling and feeling a lot better about our day and ready to learn.