My kids go back to school tomorrow. It’s the end of summer vacation, but also a beginning.

As we sort out clothes, lunch requests and school supplies, the moments are interspersed with shor 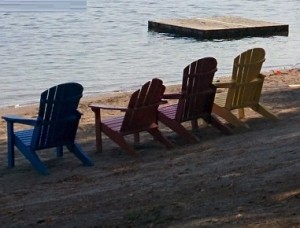 My 10 year old is going back to the same school he’s been in since he was 5. It may be the same building, but for all the changes he’ll be experiencing on his first day, the building is probably the least of his concerns. Like a new employee, he doesn’t really know much about the person who will be at the centre of the next year, his teacher (manager). He doesn’t know if this person will be friendly and engaging and want to understand what he’s all about and make it an environment he’ll wake up looking forward to every morning, or if it will be the opposite, and instead he’ll wake up filled with angst or trepidation of what the day might bring.

Not only is he thinking about his teacher, but he’s thinking about the social possibilities for this year. Will he have the opportunity to work on a project with a team that’s fun and that respects what everyone has to offer, will he get to sit next to his friends, and might he get picked for those special activities that everyone wants to be picked for but only a few ever are?

Will what he learns this year be meaningful? Will it be a great year that captures his imagination and motivates him to want to learn more or will each day feel like a struggle where it seems like there are few incentives for trying his best?

As I pack up his backpack and help him get things ready for tomorrow, it’s a good time for me to keep these questions in mind as a way of refocusing not only on the experiences of my immediate team but also of the much larger team, who are really at the heart of the work that I do.

Never underestimate the power of a great beginning.